I chose three photos from our Spanish cruise stop in Gibraltar. All three pictures were taken in color and then edited to black and white using the Windows 10 picture editor.

The first picture is the head and shoulders of a monkey sitting up on a fence, just waiting to be photographed (all the while looking for something to steal that might have food in it). Here is the B&W followed immediately by the untouched color original:

You get quite a bit of texture and contrast with this photo, which makes it ideal for the conversion to black and white.

The second picture I chose was that of the Gibraltar Airport runway that runs parallel to the border between Spain and Gibraltar. 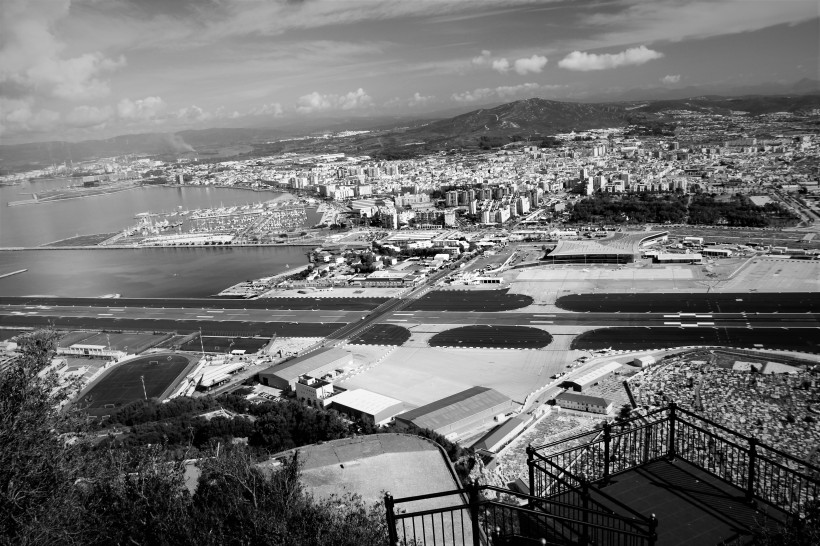 The straight lines in the runway and the main highway that crosses the runway lend themselves to going black and white with enhanced contrast. The dark fence around the observing platform also lend some straight lines that keep the eyes focused on the runway. The texture of the buildings in the Spanish City of La Linea de la Concepcion serve as an upper boundary for the eyes so they don’t flow off of the top of the photo. Also, the many different color distractions are removed.

The third photo I chose was taken from the cruise ship as we were departing from Gibraltar. I wanted to see what black and white would do with the light blue sky vs. the dark blue ocean water. The black and white is a bit more ominous. In my mind, the judge is still out weighing impact of the switch. I would welcome any thoughts.

Here is a link back to the Cee’s challenge page.

9 thoughts on “Cee’s Compose Yourself Challenge: #23 Black and White: The Basics”