We sailed from Venice, Italy at 7:00 PM local time on Tuesday, May 22, 2001. That was perfect for us, because we had an 8:00 PM dinner seating in the dining room. My wife Alice and I like to sit at larger dinner tables so that we get to meet other guests for the cruise. This cruise we had a surprise at dinner guest. The ship’s doctor and his wife sat at our table because two guests that were scheduled to sit with us were still in Venice. One of them had fallen on a canal bridge and broken their leg, so that meant a hospital stay.

Although everyone at the table was concerned about the health of our missing table mates, we were very glad to have the doctor with us, because that meant the wine for the table was charged to the ship. Imagine an entire cruise where wine at dinner is included.

Wednesday was a day at sea, so we were given a little more time to become adapted to the time zone changes. We relaxed and took advantage of other activities provided by the ship.

Thursday morning we docked early in Katakolon, Greece where we took a tender into the small port and then a bus through the countryside to Olympia, Greece, the site of the original Olympic Games between 776 BC and 393 AD.

Upon arrival, we had a tour through the ancient ruins of the facilities that housed the athletes and their trainers. Here are several pictures of what is left. 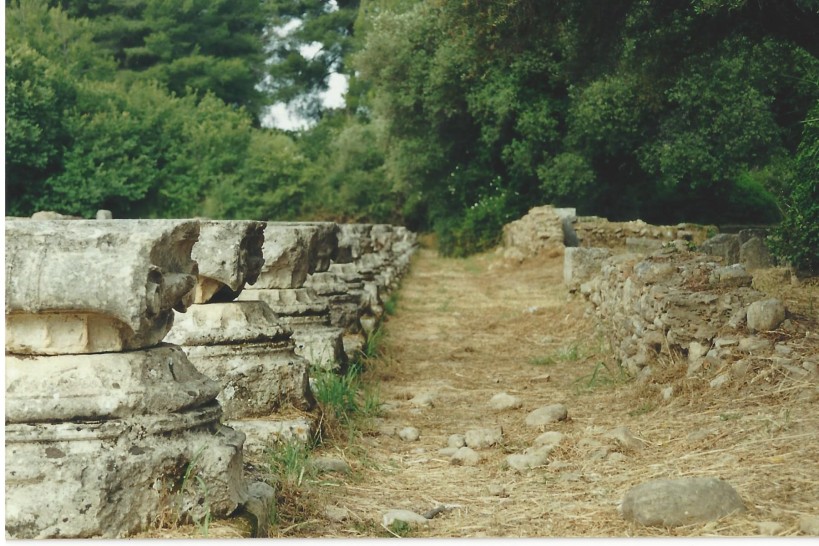 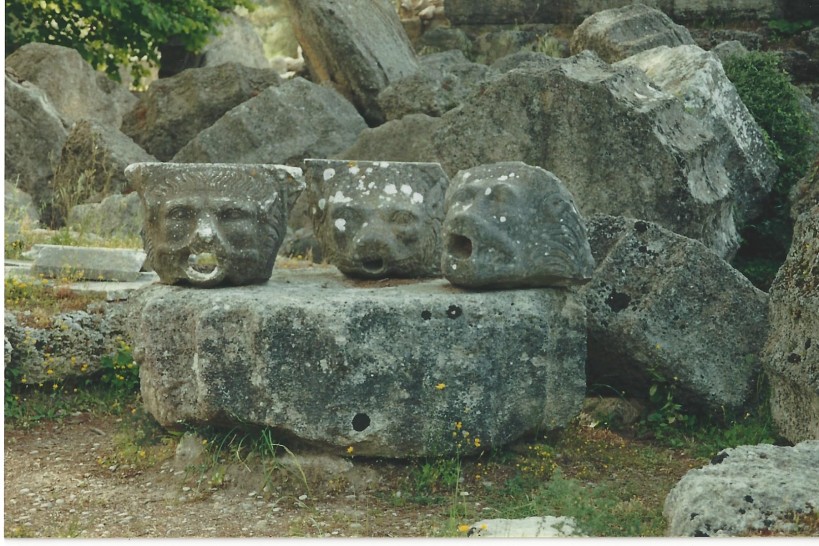 This portion of the tour ended up in the field where the Olympic torch is lit every four years to be carried to that years venue for the Summer Olympics. The lighting occurs in the area where the Temple of Hera stood in ancient times. 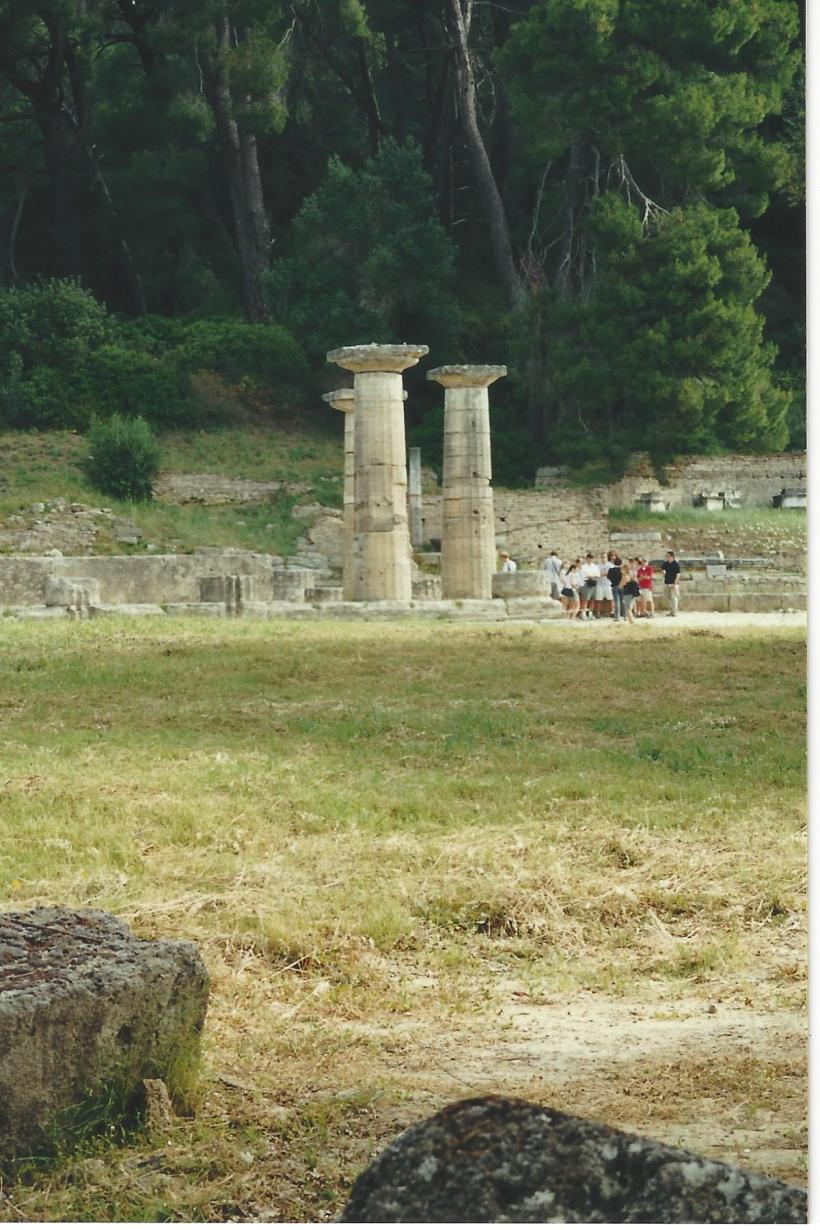 From here we went to the original Olympic Stadium, which was basically a flat area surrounded by a rising area of grass where spectators could be seated. Here is the entryway into the stadium. 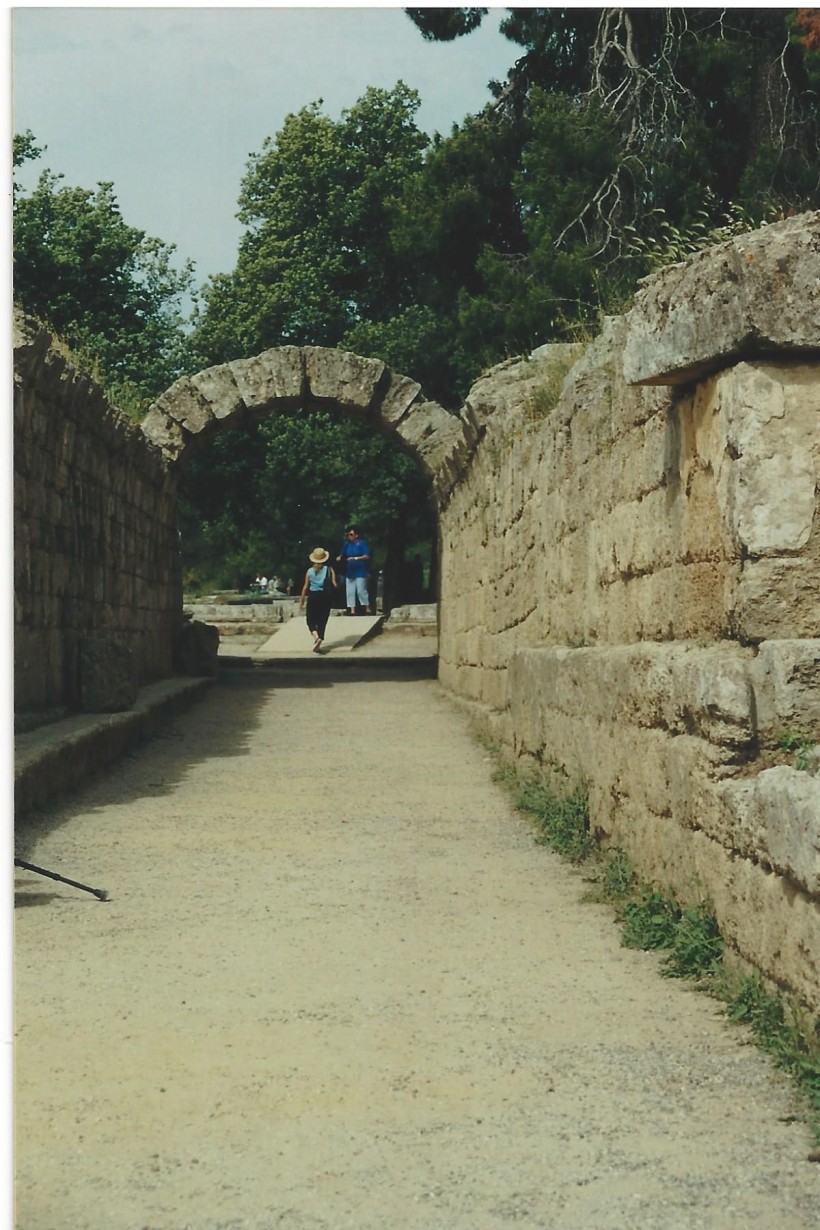 Here are several views of the stadium. The first is looking from the stadium entrance.

Here we look back from the far end toward the entrance.

The next picture is of the starting line for the foot races. There are several lines across the stadium. The runners ran as fast as they could to reach the far line and then reversed directions to run back to the starting line. No oval running track here.

This final shot was taken as we were leaving the stadium. A woman is sitting and resting after spending a long day on her feet. 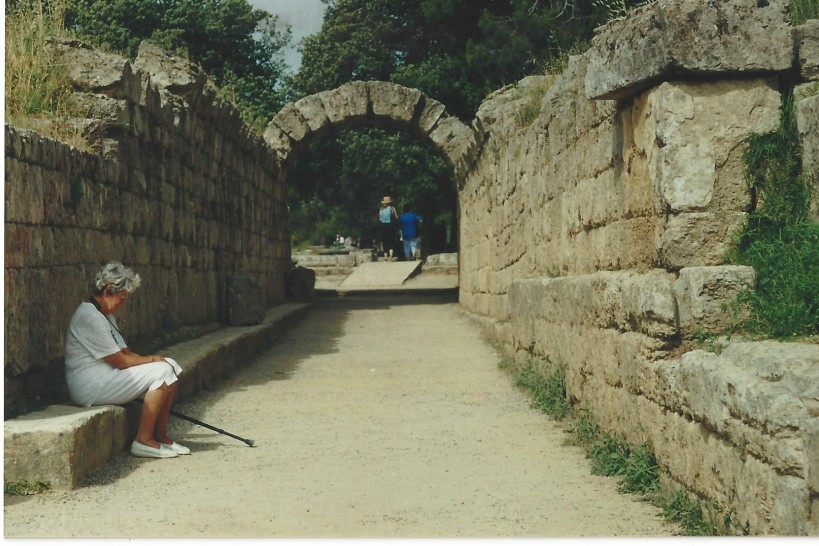 Upon return to the port city of Katakolon, we had a wonderful lunch at a restaurant on the pier where our tender docked. Would you believe that the Greek salad had a single block of feta cheese about three inches in diameter and one inch thick on top of fresh greens, Greek olives, tomatoes and onions. That was the best Greek Salad that I ever tasted.

After a little shopping, we took a tender back to the ship, looking forward to going to Athens the next day.

Nu Book 1 – The Esss Advance is available via this link on ==> Amazon.

The book is free for Kindle Unlimited subscribers.

You may also visit the website www.TheNuTrilogy.com for more details.

2 thoughts on “Mediterranean Cruise – Olympia, Greece in May of 2001”