Today I have a brief tale of dealing with the front door on our home.

Two weeks ago i did my biennial (once every two years) job of sanding and treating the outside surface of our front door. This keeps the door in tip-top shape, especially since the door does not receive much direct sunlight.

While treating the doors, i rediscovered that the flush bolt on the stationary panel was missing a part, so the latch at the bottom of the door would not raise the bolt out of the door sill. This meant that I had to use a screwdriver to slowly pry up the bolt out of the sill so that I could open the non-active panel for treatment.

Well, ignoring the problem for another year was just plain lazy, so I called our home builder to see about replacing the flush bolt. He passed me on to his door agent, who passed me on to DSA Doors in Raleigh, NC where the original door was purchased. When I contacted the service department at DSA doors, they wanted me to text them pictures of the entire door and of the flush bolt so that they could order the correct parts.

So, I decide that this episode would make a decent reintroduction to my usual Thursday Doors posts. The featured image is of the flush bolt extending down into the sill, and the second picture is of my reconditioned front door. 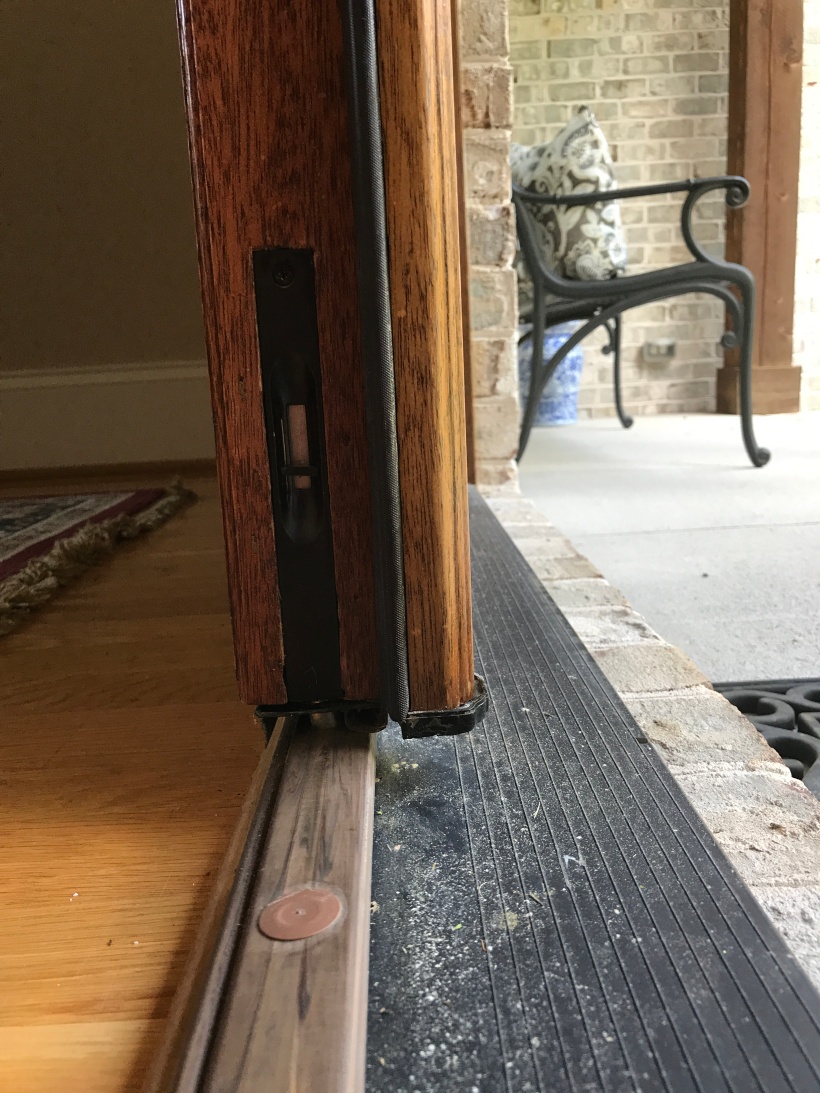 We have since replaced the worn out welcome mat in front of the door and I am still awaiting the arrival of the new flush bolt. Then Donny Mills, our home builder, will send over someone to help me take down the very heavy door panel and install the new part.

Stop over the Norm Frampton’s blog called ‘Norm 2.0’ and see his entry The One-Room Chapels of Ile D’Orleans, Québec.