I want to start today’s post with two little known Italian marble statues that were tucked in a corner next to a small stand selling museum trinkets and small copies of the the paintings in the museum.

The first is called Venus and Cupid Removing a Thorn from Her Foot by Pietro Tenerani.

Right next to Venus is a sculpture name Roman Lady by Italian Italian Sculptor of the 18th Century:

These were basically cast aside from the main galleries. Imagine what was not.

Here is one such statue called Death of Adonis by Guiseppe Mazzoula took the artist almost 30 years to complete between 1680 and 1709. Notice the texture of the hair on the wild boar. 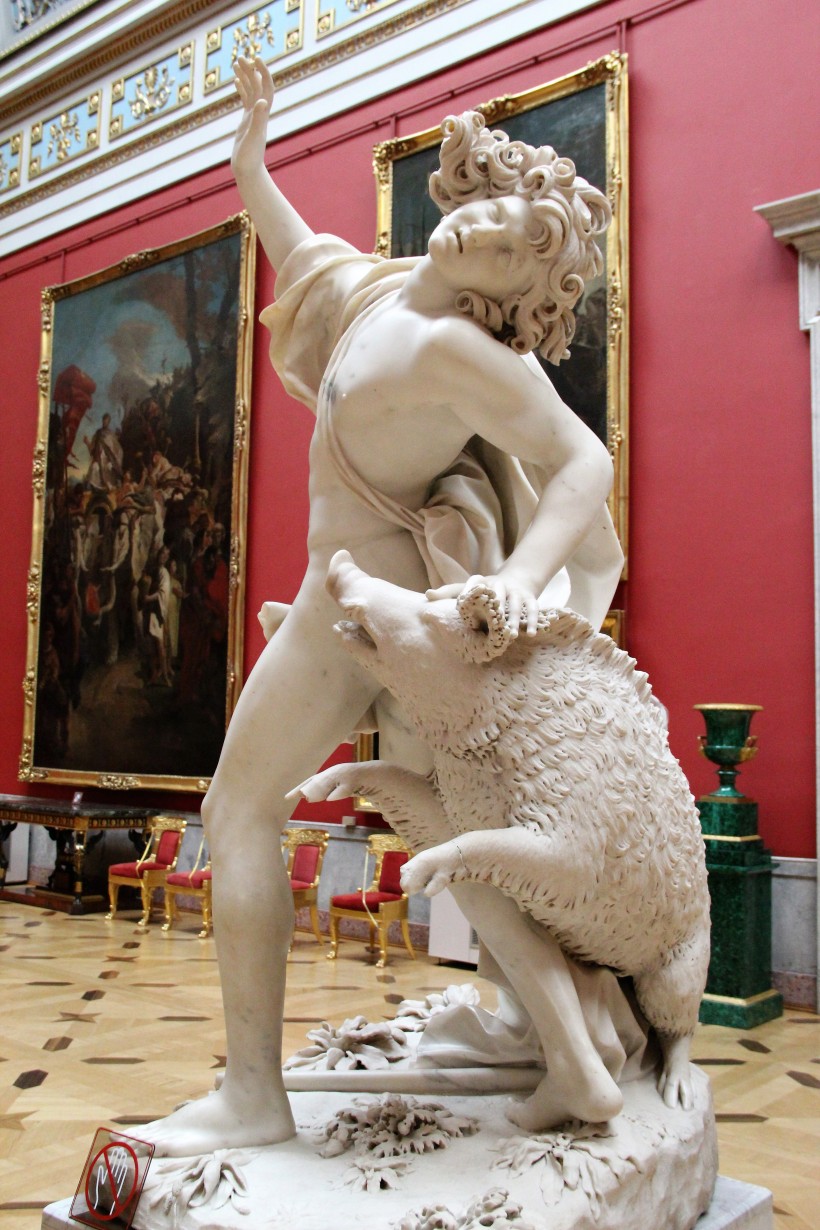 Next is a sculpture for which I cannot find any reference in the internet, but it is striking, nonetheless. If I could read Russian, I might be able to make out the sign on the pedestal.

Next we have Etienne Maurice Falconet’s sculpture of Cupid: 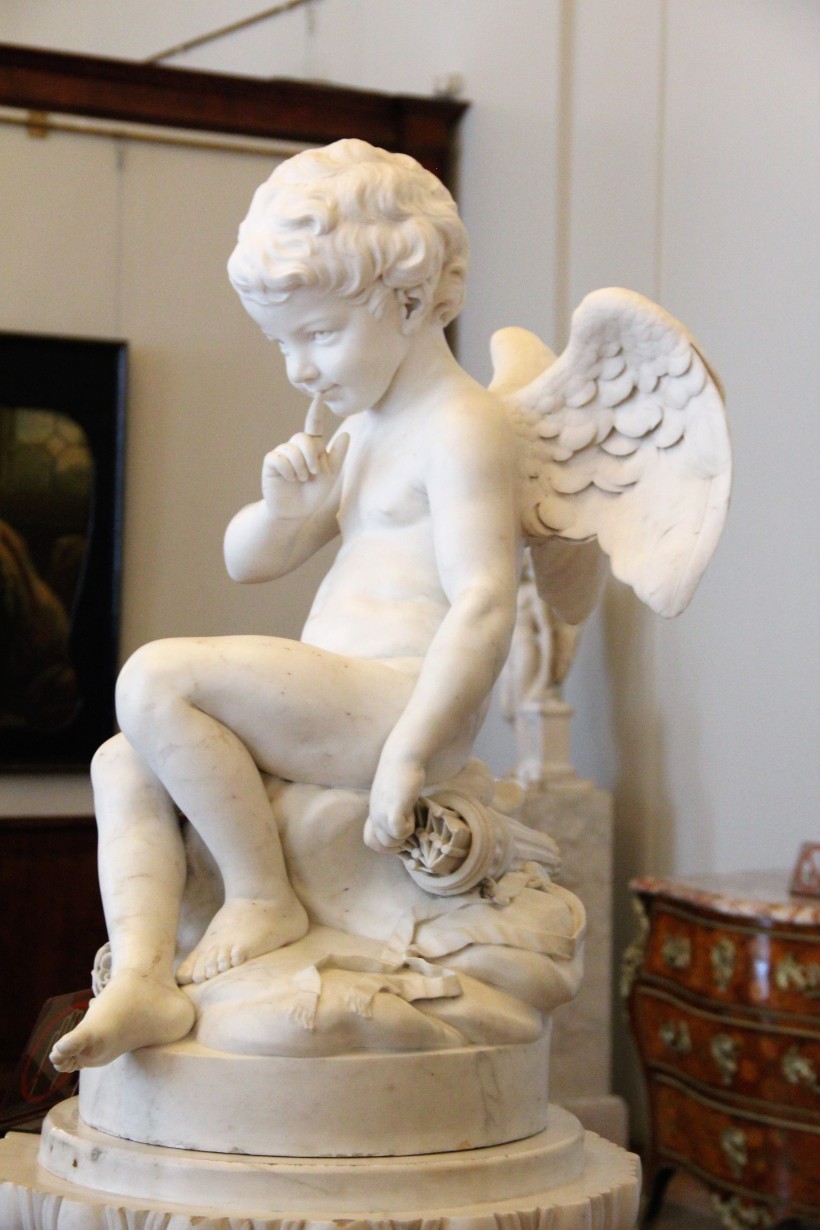 And finally, a sculpture of Voltaire by Jean-Antoine Houdon.